Symrise AG continued to benefit from strong demand and high capacity utilization in the third quarter. This enabled the Group to seamlessly continue the dynamic growth trend from the first half of the year. 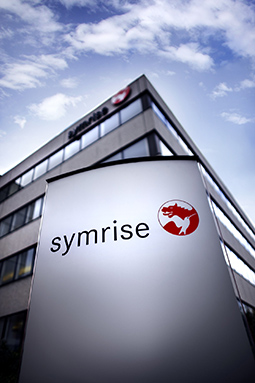 Symrise AG continued to benefit from strong demand and high capacity utilization in the third quarter. This enabled the Group to seamlessly continue the dynamic growth trend from the first half of the year. In the nine-month period, Symrise achieved strong gains in sales and earnings. The Group increased sales by 16 % (in local currency) to € 2,192.3 million (9M 2015: € 1,977.0 million). Earnings before interest, taxes, depreciation and amortization, normalized for one-time effects from the acquisition and integration of Pinova Holdings, Inc. (EBITDAN) were up 7 % to € 480.3 million (9M 2015: € 448.5 million). Despite the first-time inclusion of the Pinova Group since the first quarter of 2016, Symrise has maintained profitability at a very good level and achieved an EBITDAN margin of 21.9 % (9M 2015: 22.7 %). The Group is optimistic as it looks ahead to the remaining weeks of 2016.

Dr. Heinz-Jürgen Bertram, CEO of Symrise AG, said: "After the dynamic expansion of our business and the strong, profitable growth in the first nine months, we are anticipating the final spurt in 2016 with optimism. We will use the remaining weeks to push ahead with our innovations, maintain our market presence and align our products with our customers' needs. We confirm our aspiration for 2016 to grow faster than the market, to operate our business in a highly profitable way and thus to remain among the industry leaders."

Flavor & Nutrition achieved a sales growth of 3 %, and was up 9 % in local currency. The segment benefited particularly from good capacity utilization and strong demand for sweets and culinary applications. Business in the area of pet food also continued to grow. Excluding the purchased activities of Dutch Scelta Umami and Nutra Canada, and adjusted for the sale of the CAP pork specialties last year, the segment also posted strong organic growth with an increase of 10 % in local currency.

Symrise is anticipating the fourth quarter of 2016 with optimism and expects good dynamics in both segments for the remaining weeks of the year. Some countries will still be impacted by economic instability and political tensions. However, Symrise expects to be able to counter these effects through its broad diversification and regional presence. The Group therefore remains committed to its 2016 objective of growing faster than the global flavors and fragrances market, which is estimated to grow by about 3 % this year. Symrise also confirms its target of an EBITDA margin of above 20 %.

The Group is furthermore fully committed to its medium-term targets for the fiscal year 2020: A compound annual growth rate (CAGR) of 5-7 % and an EBITDA margin of 19-22 %.