With the craft ale market becoming increasingly important, St. Peter’s Brewery in Suffolk has launched a… 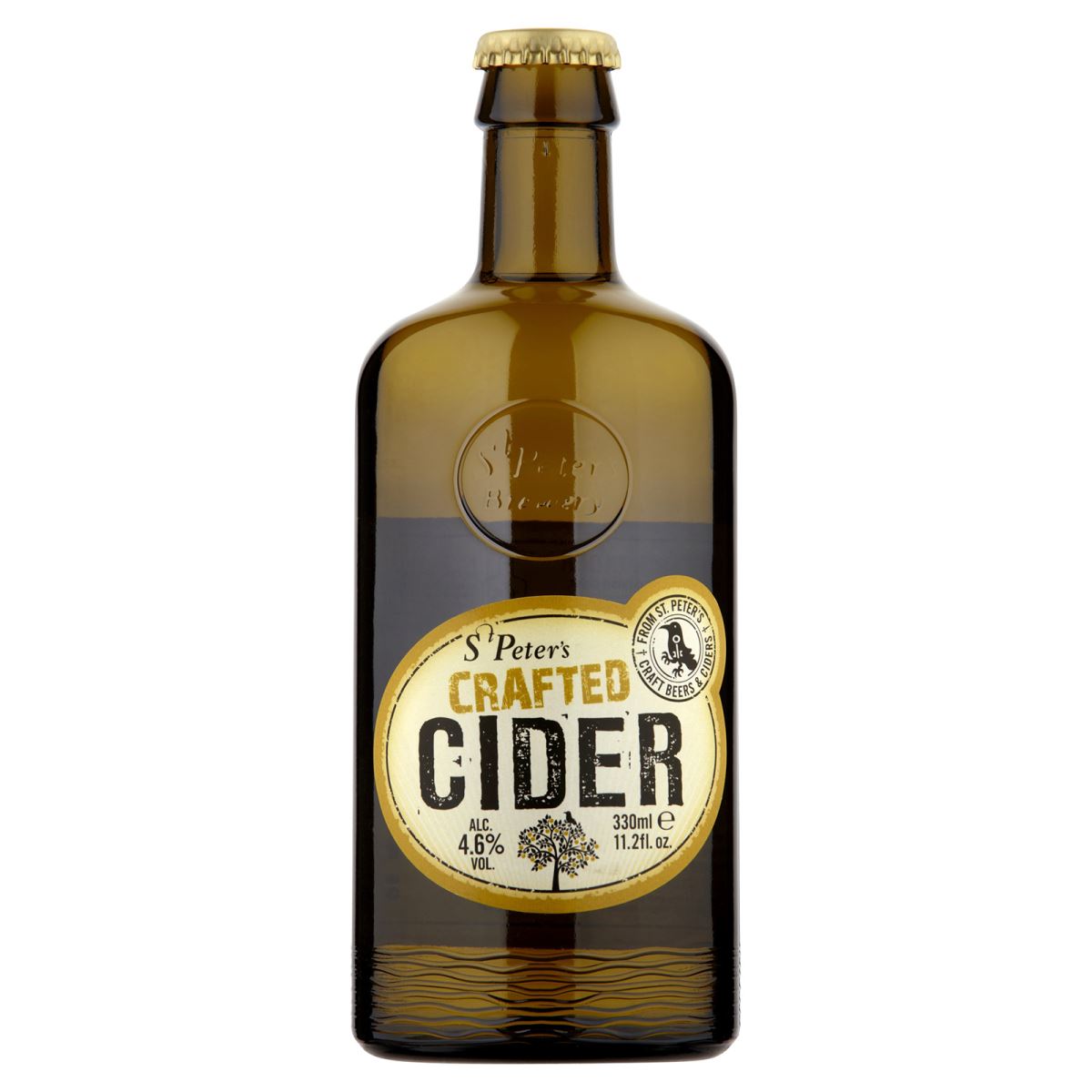 With the craft ale market becoming increasingly important, St. Peter’s Brewery in Suffolk has launched a new 330 ml ‘Crafted Range’ which includes its first ever cider and a 7 % ABV Black IPA.

Taking its unique and iconic oval bottle, St Peter's Brewery has created a smaller 330 ml version to showcase its new and existing products.

The brand new 4.6 % St. Peter’s Cider is a refreshing, dry and crisp cider, pale straw in colour carrying a fresh uplifted apple aroma and a slight fizz on the tongue. The St. Peter’s Black IPA is a 7 % crafted IPA that's black in colour and heavily hopped as a traditional IPA with a sweeter flavour belying the higher levels of bitterness. It offers a hint of raisins, sultanas, sloes and damsons and has an aroma of dark chocolate with vanilla notes. Steve Groves, Head Brewer at St Peter's says this is ‘the Rioja of Black IPA’s’.

“There is a growing interest in real cider and we felt the time was right for us to bring something completely new to the market,” explains Steve Magnall, CEO at St Peter's Brewery. “We launched our first batch in March and completely sold out! The response has been phenomenal.

Black IPA and Crafted Cider are both available on www.stpetersbrewery.co.uk and in local outlets.