Bosch Packaging Technology, one of the leading suppliers of total solutions in packaging and process technology, has announced the opening of a new sales and service office in Cairo, Egypt. With a population of over 80 million and growing, Egypt is experiencing tremendous growth in the food, confectionery, and pharmaceutical industries. Bosch’s new office provides local sales and service support to meet the increasing packaging demands of the food, confectionery, and pharmaceutical markets in Egypt and beyond, including large parts of Africa and the Middle East. Bosch has seen substantial market potential in Africa, which is the reason it became the first major supplier of packaging machines to have an assembly location in South Africa.

Since its doors first opened in July 2012, the office has gained ten associates. Additionally, the company has plans to double its staff by the end of 2013, continuing to generate employment opportunities in Cairo.

Previously, Bosch companies abroad supported regional and multinational customers. Now, these customers will benefit from a local presence backed by an international network. 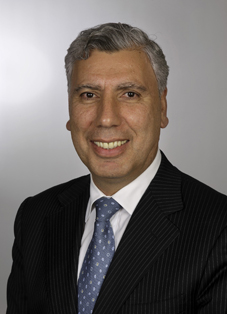 Mazen Touban, general manager of the new office in Cairo said: “In every country I’ve worked, the key to success is always personal contact with the customer. Our Egyptian office gives us a local presence to better serve our customers with packaging technology and after-sales services.”

Born in Syria, Touban brings 20 years of experience working for Bosch in France, Germany, and India, and managed markets in Africa, North Africa, and the Middle East. His experience brings an unparalleled ability to link different cultures, critical to prospering in today’s global marketplace.

Bosch’s extensive competence as a single-source supplier of processing and automation technology, as well as primary and secondary packaging technology, has earned the company a solid reputation as a trusted partner that is able to meet the varied challenges of the Egyptian market. Due to imperfect food distribution channels in Egypt, all food products must be packaged and consumed quickly, before they become unfit for consumption. This is also the case elsewhere in Africa. In addition, middle class consumers are increasingly shifting from small shops to large supermarkets, while the lower income population prefers to buy in smaller quantities. From single flow wrappers to full packaging systems, Bosch provides flexible solutions that allow manufacturers to meet the needs of all consumers. In addition, according to the Oxford Business Group, the Egyptian pharmaceutical market is expected to grow at a rate of 11 percent through 2015.

Bosch has set a 2013 sales target for its Cairo office in the mid double-digit million euro range for machines and services, for which key markets are the pharmaceutical and food industries. In particular, Bosch already has a strong reputation in the regional food industry. An example is its partnership with one of the largest tea manufacturers, which uses Bosch machines to package approximately 5,000 tons of tea annually on bag-in-box lines.