On Tuesday 25th September Cesena Fair will host the International Symposium on Strawberries that will focus on the research on, and marketing of, this species, more and more important for European and Mediterranean agriculture 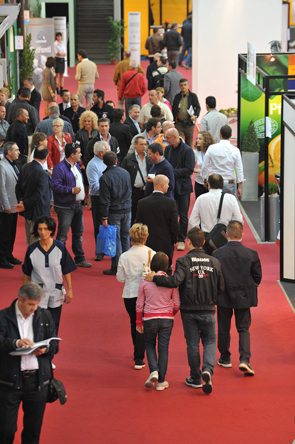 The preview of Macfrut, the international exhibition of the fruit and vegetable sector to be held in Cesena (Italy) from 26th to 28th September, will deal with one of the most important and studied fruit species in the world.

On Tuesday 25th September, the exhibition will be preceded by an International Symposium entirely dedicated to strawberries: a workshop that will deal with a wide range of topics, from production to cultivation, from research on fruit varieties to marketing.

This is not an accidental choice in an exhibition such as Macfrut, whose main pillars are innovation and internationalization, with a special focus on Europe and the Mediterranean Basin. Indeed, the Old Continent is still the main producer of strawberries, accounting for almost one third of the world volume and for two thirds of cultivated lands. At country level, the main producers are United States, with approximately 28 % of the production, followed by Spain and Turkey, with about 6.5 % of the production. Among the countries that have traditionally taken part in Macfrut, Poland and Egypt (about 5 % of the world production each), Italy and Germany (a little less than 4 %) also account for significant production volumes.

The International Symposium to be held in Cesena will entirely focus on strawberry production and sale. The conference will be divided into two sessions. The morning session will deal with topics related to all that happens after strawberry collection: sale, marketing, consumers perception, product segmentation, experience of different markets and ideas to re-launch strawberries as a product of mass consumption.

The afternoon session instead will focus on innovation, examining the current situation, future perspectives and news regarding research in strawberry culture in Northern Europe, United Kingdom, Germany, Belgium, Holland, France, Spain, Portugal, Turkey, California and China. Researchers, producers and professionals of the sector coming from all over the world will take part in the symposium.

The International Symposium on Strawberries will be held during the Macfrut Fair (Cesena), on Tuesday 25th September 2012. The 29th edition of Macfrut will be held from 26th to 28th September and, under the slogan “The Green Planet of the Fruit and Vegetables Business”, will gather experts in the field, from those dealing with production and sale, to those dealing with logistics, packaging, machinery and distribution.

BrauBeviale 2022 suspended at the request of the industry