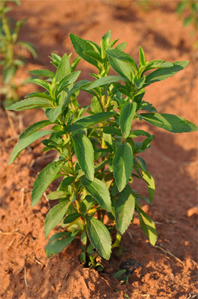 The formal adoption of EU Regulation authorizing the use of purified stevia extracts, also known as steviol glycosides, as a non caloric sweetener in Europe took place on Friday, November 11. The Regulation was published on 12 November in the Official Journal of the European Union and will enter into force on 3 December.

Carl Horn, CEO and founder of The Real Stevia Company, and President of the global trade association International Stevia Council said:
"I have long been following the European approval process of steviol glycosides as a sweetener, and I am thrilled that the day has come for European consumers to have access to this calorie free sweetener of natural origin."

The Real Stevia Company's customers within the European food and beverage industry have been preparing for this day and will launch their stevia-sweetened products from Q1 2012. Carl Horn said: "Steviol glycosides are expected to approach
10 % of the total US sugars and sweeteners market by the end of 2011, three years after having reached GRAS status in the US. We have all reasons to expect a similar ascension of stevia extracts within the European sugar and sweetener market, across a wide range of consumer products. From now on, we will see a steady growth of the use of steviol glycosides as a sweetener in reduced calorie food and beverages in Europe".

To view the Regulation authorizing the use of steviol glycosides as a food additive, click here: